Welcome to our site!

Thanks for visiting. Our purpose is two - fold.

First , That we exhalt our Risen Savior, Jesus Christ.

Second, That you grow in Grace and Knowlwdge of Him.

We trust you enjoy your stay! 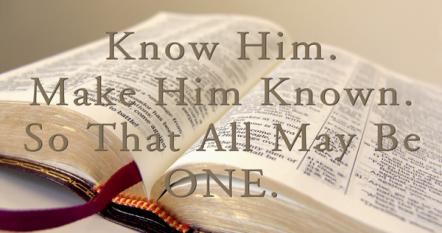 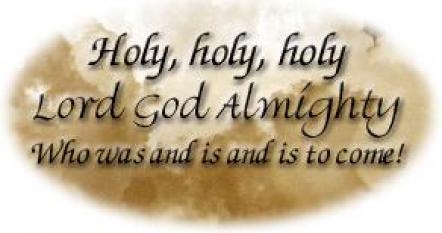 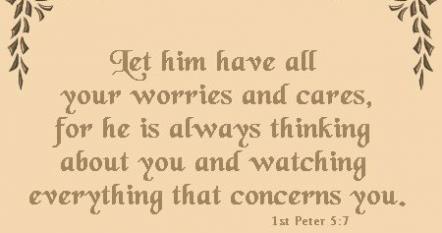 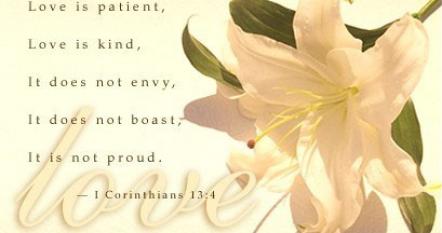 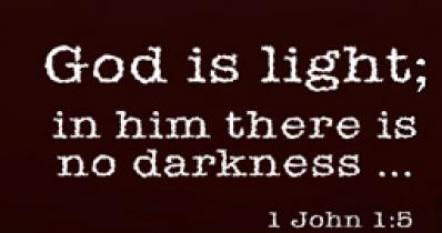 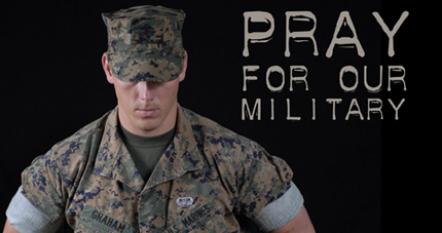 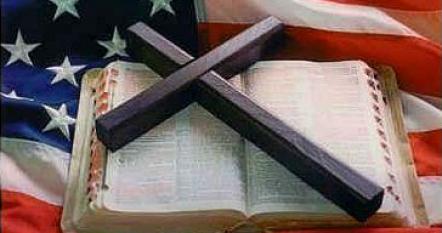 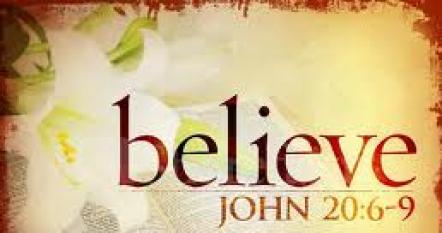 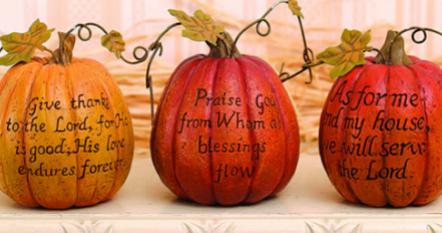 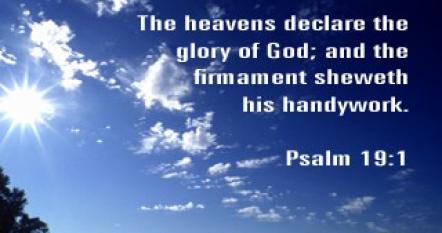 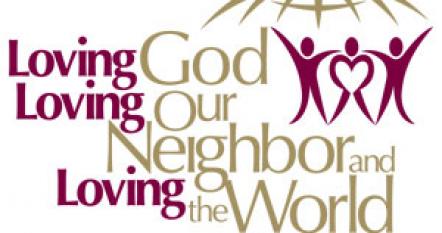 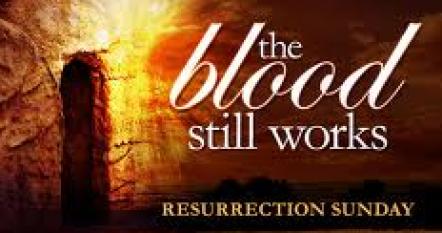 Early in November of 1926, two woman, Mrs. Kate Wagner and Mrs. Elizabeth Kenney, seeing the need of a church in the community, discussed this need with Mr. Robert Keel, owner of Brightside Manor. Mr. Keel stated that if a survey showed that the people of the local community wanted a church he would donate the ground and erect a church. The rent for the church was to be one rose a year to be paid at a pageant for that purpose.

A house to house canvas was made to determine if the community would support a church. The following week, all were invited to the home of Mr. & Mrs. Frederick Mohr for a community meeting where a lengthy discussion was held and plans were laid with a building committee being formed. The new church was to be called the "William I. Keel Memorial Church."

On Sunday, November 13, 1926 the Valentine residence on Newport Road and Bancroft Avenue was opened for the first meeting of worship. Over 50 people were in attendance and Rev.Earl Hathaway, Executive Secretary of Presbytery North had charge of the service. A Sunday School was organized. At this first meeting an announcement was made concerning the procurement of speakers for the services. Speakers included people from all walks of life: from ordained preachers to laymen that included lawyers, editors, Bible students and blacksmiths; anyone with a message from the Word of God was included. Many speakers were procured through Mr. Stewart, Religious secretary of the Trenton, New Jersey YMCA.

At the first meeting Rev. Hathaway said that the Presbyterian Church would be willing to take over the church and make it a mission church if the people so desired. A vote was taken and the answer was "NO." The people wanted a non-denominational chapel for all.

With the growth of the congregation, the Valentine residence became to small and so in December of 1926, Mr. Keel was approached about using two rooms in the stone mansion as a chapel. Mr. Keel agreed and some alterations were made with a wood stove being set up and oil lamps installed. Chairs were gotten from the Manor theater in Croydon.

On Thanksgiving Day 1927, a special celebration was held in which the people gave thanks to God for His abundant blessings throughout this first year.

In the Spring of 1928 the committee purchased the present chapel building, a former barracks from Fort Dix, New Jersey, from Mr. William L. Stackhouse. The land was purchased from Mr. Otto Grupp. The building was erected in the rough after the men and women worked side by side to dig and lay the foundation.

It was decided that the name of the chapel would be "Newport Road Community Chapel." The men of the community built the pulpit and installed a stairway to the basement after the floor was poured. The walls were plastered and lights were donated by Alpha Baptist Church in Philadelphia. A former Lutheran pastor in Bristol donated a communion set. Dedication services were held beginning January 20, 1929. The week of celebration consisted of various speakers coming in for evening meetings to once again Give God The Glory for His Unspeakable Gifts.

For the first five years (1926 - 1931) the people preferred using various speakers rather than calling a pastor. This changed in October of 1931 when Rev. Wilbert E. Fite was called as the first pastor. He served until March, 1933. Mr. Ernest Hunter became the next pastor, serving from April, 1933 - October, 1937, at which time he felt called of God to move his family to the rural mountains of eastern Kentucky to begin a new work with the people of that area. He and his wife Catherine opened an orphanage for young children as well as serving in the local church. Ernest and Catherine both served in this ministry until God called them home. Mr. Hunter was ordained in the chapel and they became the first missionaries to be sent out and supported by this local church.

From April 1938 - 1940 Mr. McIllhenny was the pastor of the chapel. He attended the reformed Episcopal Seminary and took another pastorate in Philadelphia.

In August 1940 Mr. Cotter became the pastor. he resigned in December of 1945 with his resignation to be effective January 1946, to become a full-time pastor in Massachusetts.

On March 26, 1946 a special service was held at which the mortgage was burned.

In March 1946, Mr. Edwin Thomas, was called as pastor. The church continued to grow in spirit in number. Mr. Thomas was ordained in the church in June 29th, 1951. In April 1953, the Bethel Evangelical Congregational Church suggested that we join their denomination, but the congregation declined. Pastor Edwin Thomas, served as pastor from March 1946 until May 1958 at which time he submitted his resignation. Pastor and Mrs. Thomas went on to minister at a Church in Philadelphia, where they served until God called him home.

In January 1959, Mr. Donald Nichols, a graduate of Philadelphia College of Bible was asked to speak for the month and was later appointed pastor of our church. Pastor Nichols served until October 1960.

On May 1961, plans were revived to remodel the chapel with a new front and enclosing the porch. A letter was read from Philadelphia College of Bible recommending Mr. Ralph Stahley as a candidate for pastor and it was agreed to contact him to speak after July, since speakers were already engaged up until July 1. Mr. Stahley agreed to take charge of our Vacation Bible School and also to speak in July. Two other speakers had already been engaged for August and the first two weeks of September.

On Sunday, August 20,1961, the congregation approved the remodeling of the front of the chapel.

On Sunday October 8, 1961 the congregation voted to accept Mr. Stahley as the seventh (7th) and current pastor of our church. It was agreed that he would officially begin as pastor on November 5, 1961. The dedication of the remodeled church and installation of Mr. Ralph Stahley as pastor took place on Sunday, February 25, 1962 in an afternoon service.

On March 13, 1962 Pastor Stahley held his first baptism as our pastor in an afternoon service at Calvary Baptist Church in Bristol. Ten young people and two adults were baptized.

Pastor Stahley was ordained in our church on Friday, September 7, 1962 with Oxford Valley Chapel in Levittown being the ordaining church.

On October 27, 1963 our church was incorporated in the state of Pennsylvania as Newport Road Community Chapel

On July 26, 1965 the name of the church was changed to Trinity Chapel.

On October 24, 1978 our name was changed again, to Trinity Bible Church, seeking to honor our God, identifying ourselves as a church centered in the Bible, The Word of God.